I was eight years old when I had my first camp experience in the mountains of North Carolina. It was only a week-long program but it was my first time away from my home. I cried for three days, and it became bad enough that my counselor sent me to the camp nurse to see if she had some remedy. Amazingly, she did! She grabbed a jar of “homesickness pills” and handed me an orange one. I immediately felt better and joined my friends for some fun at the lake. It was years before I looked back on that memory and remembered that “pill” tasted a lot like an orange skittle. If only something as simple as a placebo would cure every case of homesickness.

Many parents are concerned about homesickness when sending their camper to TVRC for the first time. A month is a very long time for campers and their families to wrap their minds around. I understand this first hand since Jim and I sent our daughter, Elsie, to summer camp in North Carolina last year for the first time. Only 8 years old, she is still too young to be a camper at TVRC, and we felt it was important that she start her camping experience before her Yearling year. She had some trepidation at the prospect of being away from home for so long. Even though Elsie has grown up at the Ranch, going to another sleep away camp made her very nervous. I was able to put on both my Camp Director and Parent hats to come up with ways to turn that nervousness into excited anticipation. First, we sat down, and I showed her photos from my camper years so she understood what an amazing time I had at camp at her age. Then, we got on YouTube and watched every video they had available which gave Elsie the tools to visualize herself there. We also talked about the activities and the foods she would be eating. By the time she arrived on opening day, there was little room for nervousness and no room for sadness at being apart due to her excitement.

Although I knew Elsie would have a wonderful time, I also understood there would be periods of time she truly did miss home. In order to combat that, I sent either a letter or an email every day so she heard from us regularly. Instead of concentrating on what she was missing back at the Ranch, I wrote about her experiences at camp. Thanks to technology and the ability to see photos daily, I was able to let her know I saw her doing activities, and that I could tell how much fun she was having. In this way, she knew that I was aware she was doing well and I encouraged her to continue having a great time instead of bringing her attention to all the things she was missing back home. This strategy worked, and the first thing she asked after camp was “Can I please go back next year?!”

Homesickness is often a part of this journey into the camping world. It was for me, but everyone who knows me has seen how summer camp has shaped the person I have become. Even though homesickness can be a struggle, we believe that almost every camper will not only be able to cope with being away from home, but will also thrive and build resilience as they push themselves in ways they never thought possible. We ask you, our camper parents, to be our partners with handling homesickness. Below we will outline steps you can take ahead of camp that will set your campers up for success. We have also included several ways you can help while your child is at camp. 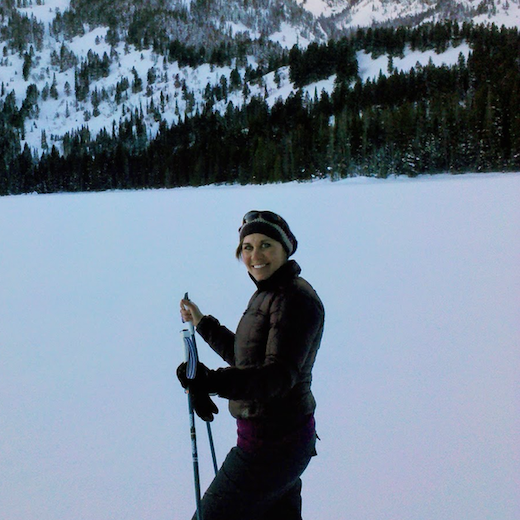 Cora is TVRC’s Assistant Camp Director. She has a long history working with summer camp having met her husband, Jim, while they worked at a summer camp in North Carolina. She enjoys supporting the leadership team in the summer at the Ranch and in the off-season with hiring and planning in Jackson.